It was a strange summer in the skies over Wales

It is a massive concern that the skies above us are teeming with Ariel activity of unknown origin. Just what is happening up there?

Since the Paranormal Chronicles UFO report was picked up and covered by the U.K national and local press, German news and many online Sources, we have been inundated by reports of objects over our skies.

Wales in Particular has been the focus of many sightings of which were seen around the time the Pembrokeshire UFO was sighted on Wednesday 5th June. Thanks to the support from local papers such as the Carmarthen Journal we are now able to publish some of these Welsh reports.

We appeal to anybody out there that has had a sighting to please contact us. We protect all our sources and your anonymity is guaranteed. If you have any photographic or video footage then please contact us and we shall give your evidence our fullest attention.

Please read below and feel free to contact us with your views and opinions. Each report correlates to the number on the map to give you an idea on the area’s where the objects were spotted.

I’ve come across the articles about your sighting. That very same day (Thursday 5th June) in the afternoon I went for a walk in Talgarth, Mid Wales. I go to my usual spot looking out onto the Black Mountains. I was in awe of the gliders and planes going out and coming back in, as I saw them come into land, during the same hour, to the left of the mountain was a bright circular object rising diagonally up into the sky. It wasn’t a glider and it wasn’t the RAF jet which went over moments later. I just sat there wondering what it was. The RAF jet was darker in colour and to my eye I could see the shape of the gliders coming into land, the same distance away as this unknown object; circular and bright and I tried to keep my eye on it as it went out of my sight over a tree, but I lost it, so where did it go? Maybe the gliders out that day saw something around 4.30pm-5:15. Maybe they saw something as they came into land? Is it a coincidence I see a UFO and an RAF jet moments later? I just sat there thinking, it’s a busy sky today! I am wondering what it was I actually saw?

I saw a bright red and white light moving northwest over Prestatyn, north Wales on Thursday 5th June between 8pm and 10pm.It was bright almost as if it was fire from an after burner of a plane but it had this on the whole time it was in the sky. If that was a military plane it would have used a big chunk of fuel and it had a trail behind it. It was in our atmosphere and was quiet, not like others planes I’ve seen. The light from exhaust was illuminating vapour trails and then it went over the sea, In a Northwest direction.

Having just come across an article on Yahoo regarding your recent post on a UFO sighting over Wales I thought I’d send you this message, now unfortunately I do not have any video nor photographic evidence as every time I tried either taking a video or a picture of what both myself and my father saw on several occasions over Pontarddulais, Swansea the videos and pictures were all blurred.

It started not long after I moved to Pontarddulais that my father started seeing strange glowing objects in the sky passing at a low altitude. This object or UFO had an orange glow and was moving too fast to have been a Chinese lantern anyway, it couldn’t have been any prop nor jet craft as there wasn’t any sound either.

About a year or so later whilst out with friends around mid-late October I spotted several of the same orbs passing over Llanelli. Since, whatever these orbs or UFO’s are haven’t been passing by often ad seems to be somewhere from September time until the end of December.

My most recent sighting was whilst on my way to work with a mate of mine. Had just left Penllergaer services and was going through the lights, when I spotted something in the distance which was toward Morriston/LLamsamlet area.  I saw a large white object that was not in any way a cloud nor any form of aircraft, to try and see if I could get a clearer image of what it was. I got my phone out and tried zooming in with the camera though by the time I did that it was gone.

Reports are coming in of a bright star moving west across Pembrokeshire. At Approx. 11.05 pm a large bright star was seen moving over Haverfordwest and heading east. Witness accounts have also seen the Object travelling over Narberth, Whitland and also Swansea. Smaller star like lights have been seen to approach the larger one and make circular flight patterns around it and then fly off at speed.

The Paranormal Chronicles have checked the ISS (International space station) Tracker and the space station has passed over Pembrokeshire tonight and we are trying to confirm the exact time the station passed over the region. Reports suggest it was too bright and large to be a Chinese lantern and the object made “drastic” course changes. No sound was heard coming from the object. The smaller lights “Buzzing” it have not been identified as of yet.

We ask that people east from Pembrokeshire, Wales to please look outside to see if you can capture any images of the object.

If you have any information or able to get film or photographic documentation then please contact the Paranormal Chronicles at : Paranormalchronicles@aol.com

More news as we have it. Keep watching the skies.

Please FOLLOW us so that you never miss a thing.

If you enjoy accounts of the Paranormal then why not read the #1 Bestselling E-novel A most haunted house by G. L Davies on Kindle Today. It’s free to Borrow through Amazon Prime and is also available in paperback. A most haunted House is based on a true and terrifying account of a prolific and aggressive haunting in the small Welsh Town of Haverfordwest in West Wales. Seen as controversial and sparking debate between skeptics and believers alike due to the ferocity and intensity of the haunting, A Most Haunted House is the eye witness account of a young couple fighting to keep their new home and each other as an entity tears their world apart. 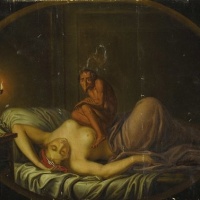 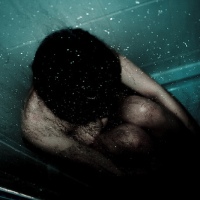 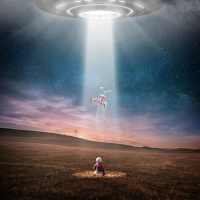 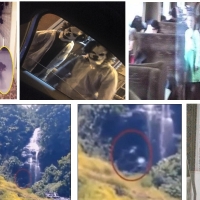